An optimization focused emulator of the Microsoft ruleset of "Chip's Challenge".

SuperCC is an emulator of the Microsoft ruleset for Chip's Challenge, with a heavy focus on optimization. The player can see the entire level at once, the game only updates when an input is made, and allows for rewinding and save states, among numerous other features.

Chip's Challenge was created by Chuck Sommerville, and was originally written for the Atari Lynx handheld game console. It was subsequently ported to several other platforms, especially Windows 3.X (as a 16-bit executable). The community was built around the Microsoft version and as such to this day it remains the most popular version, especially for optimization and speedrunning.

During late 2018, Markus O. began writing "SuperCC" with the intention of creating a version of the MS game designed mainly for optimization and TAS purposes. At the encouragement of the CC community, Markus kept working on SuperCC all throughout his time in the community, adding in much requested features such as savestates, rewinding, TWS reading and writing, and even a cheat menu to make creating routes with RNG even easier. Markus continued to develop and make changes and improvements to the program until mid 2019, when his interest in CC dropped off and he left the community. Thankfully before he left he handed the development of SuperCC off to A Sickly Silver Moon and Bacorn who have been developing and maintaining SuperCC since (not without lots of help from the community however). 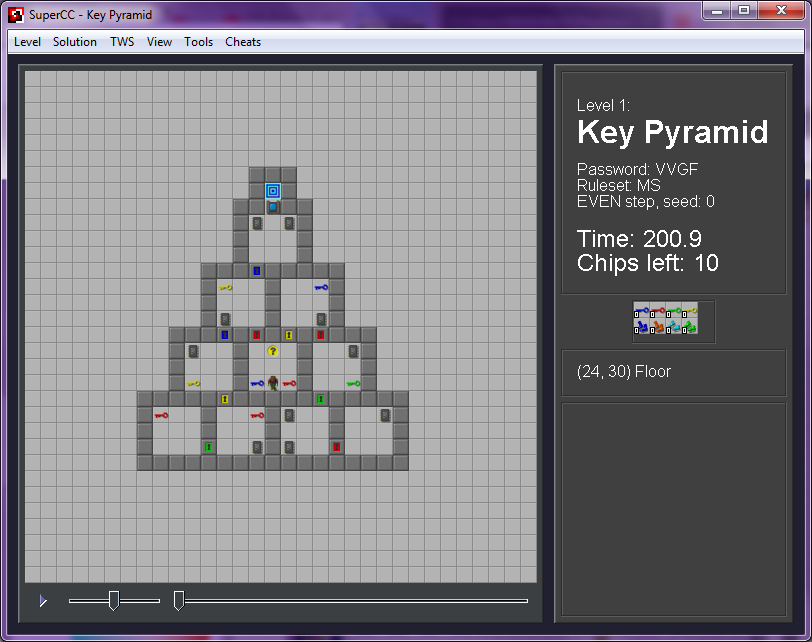 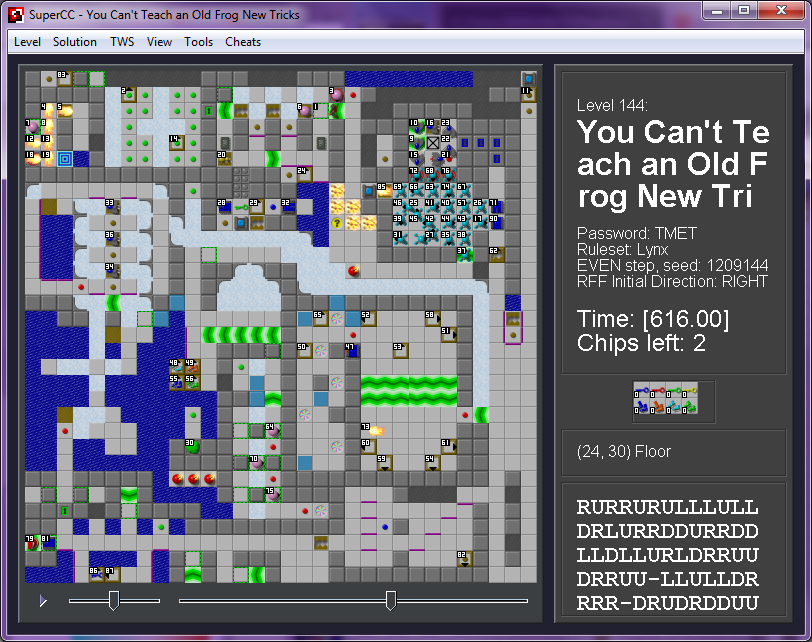 Too many changes to fully list, TSP solver is much more accurate, variation tester updated, plenty of other changes

The variation tester has had many issues fixed and now allows for compound moves and more robust scripting. Ice Blocks are now fully working as well!

Usage: Put the file in the same directory as SuperCC.jar, and point CCEdit at the Forwarder program (and also rename SuperCC_[version].jar to just SuperCC.jar.
Linux users should use py_installer with the flag --onefile to compile the script

All source code is hosted on Sickly Silver Moon's Github